The expected new models of the Apple iPhone 14 series from Apple will not be affected by the effects on the supply chain, indeed both the mass production and the shipments would be perfectly in line with the expected timing. 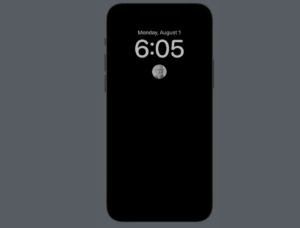 Tense situation, but no lag for Apple iPhone 14

Report it is the analyst Ming-Chi Kuo, usually well informed on the facts of Apple iPhone 14, who therefore seems to deny the concerns of investors related to the geopolitical situation.

Kuo’s reassuring new tweet came after the same analyst had recently told of Apple’s decision to start production of the Apple iPhone 14 at the same time in China and India. At the basis of that strategic choice in Cupertino there was precisely the desire to avert the danger of delays as a result of the tension that emerged after the visit to Taiwan by the Speaker of the United States House of Representatives, Nancy Pelosi.

On the occasion of that visit, Pelosi also met some of Apple’s major suppliers, including chipmaker TSMC and assembler Pegatron.

Apple does not return to the Live events

Apparently, the Cupertino giant would have decided to organize another virtual event, thus displeasing the many fans and professionals who wished for the launch of the iPhone 14 series a return to the events in attendance.

We recall that the Worldwide Developers Conference last June took place mainly digitally, although the Cupertino giant nevertheless hosted a limited audience at Apple Park to watch the pre-recorded keynote and have the opportunity to try the new products.

Still to say of Mark Gurman, the company could have two distinct events planned for the autumn, as it has also happened in recent years: the first dedicated to the new generations of iPhone and Apple Watch, in fact, should be followed by a second. appointment in October, mainly dedicated to news in the Mac and iPad sectors.

Moreover, considering that the Cupertino giant has a long list of products to launch this fall, it is not surprising that the company is planning two distinct events in the coming months.

According to what has recently emerged, among the novelties arriving in the fall from the US manufacturer in the “mobile” field there are obviously the highly anticipated next generations of iPhone and Apple Watch but also a new iPad Pro and the second generation of AirPods Pro .

Following the meetings, there was talk of China’s shipments being blocked by these companies, however now Kuo claims that these events will have no impact on the production and shipments of the iPhone 14 series, which will be on the market without delay. or availability problems. Here is the text of what the analyst reported:

«Although some investors have recently expressed concern about the possible impact of the geopolitical situation on the schedule of mass production and shipments of the iPhone 14 models, my latest survey indicates that there is currently no impact on the supply chain of the models. of iPhone 14 ».

Apple iPhone 14 and the problem with components

In short, the situation would be perfectly under control, so there should be no problems for the presentation event scheduled for the month of September: the iPhone 14 series is arriving in full force.

In mean time check our store, we have new iPhone 14 cover case to protect your new device.